Skip to main content
IRIS: The History of Feminist Publication 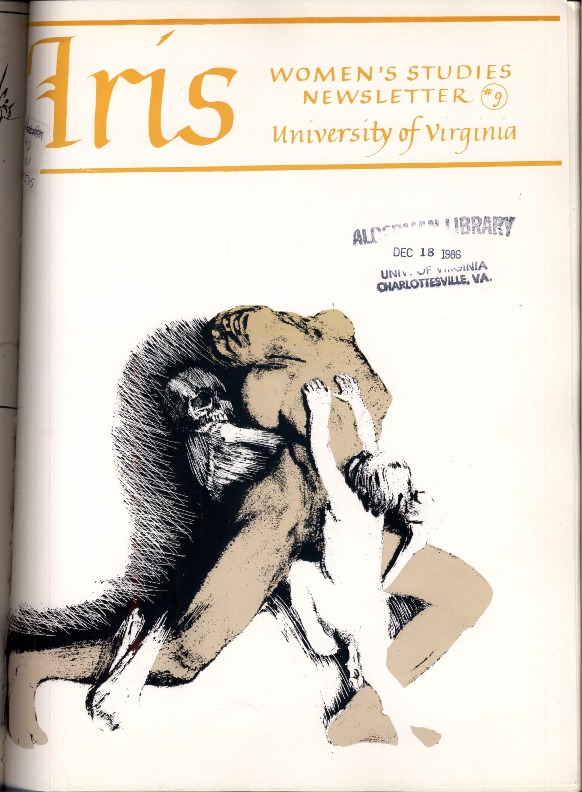 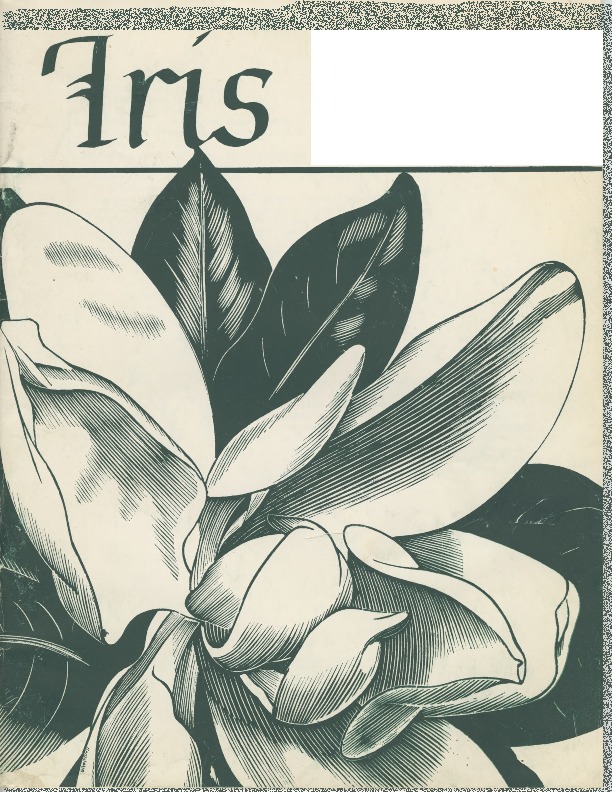 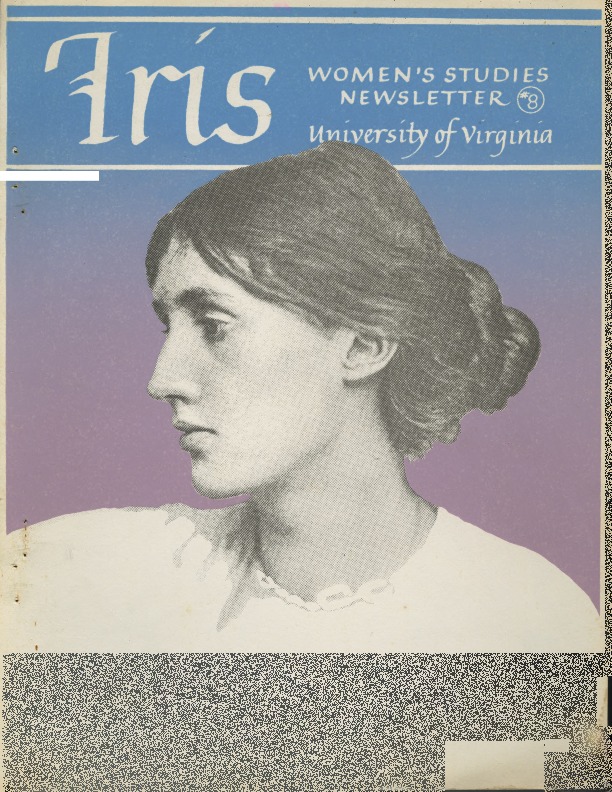 In 1983, Iris featured its first cover in color. Although the interior was still black and white and the publication still marketed itself as a "newsletter," this was the beginning of an aesthetic shift that would aid its evolution from newsletter to feminist journal.

At this time, the covers not only got marginally more colorful but more daring. The cover of issue #9, based on KÃ¤the Kollwitz's 1910 lithograph "Woman and Death," strikingly friezes a violence of movement, as it depicts the competing forces of death and maternality acting upon the central female figure. Her bodily contortion exudes a Promethean agony that is simultaneously at odds with the formal mundanity of Iris as "newsletter" and beautifully consistent with the social condition it addresses. 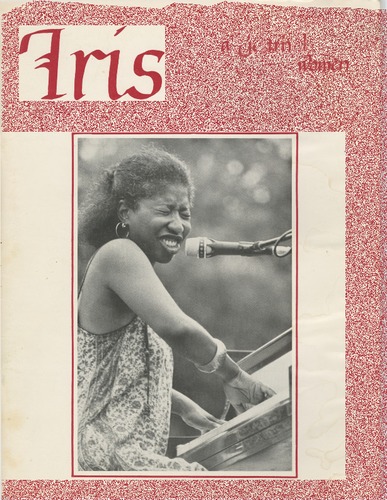 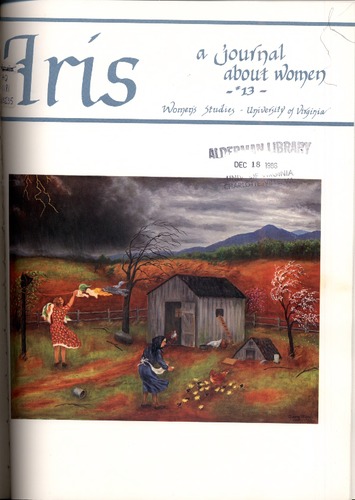 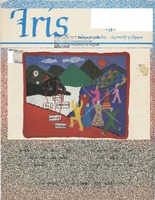 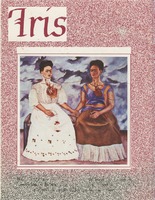 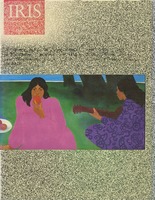 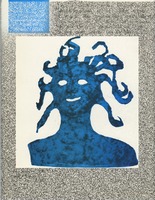 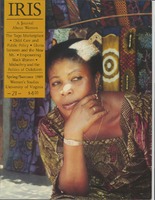 With the advent of its Spring 1984 issue, Iris began to refer to itself as a "journal for women." This change heralded a more polished and edgy look, the advent of photographic covers -- and, most importantly, a dramatic shift in contents.

The newly christened journal was organized more along the lines of a literary magazine, featuring articles about women's issues by students, as well as graphics and poetry. Interestingly, the journal was not organized around genre, but interspersed its contents, with articles appearing alongside more literary contributions. Some of the journal's early black-and-white aesthetic remains in the woodcuts featured in this first major phase of its evolution. 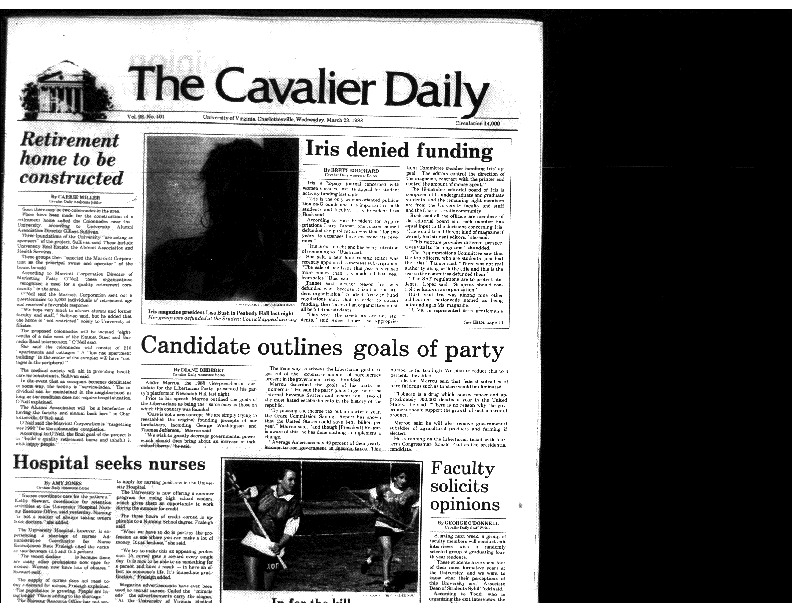 In 1988, Iris was denied student organization funding on the grounds that the presence of faculty, staff, and community members on its editorial board prevented it from being a truly student-run organization. 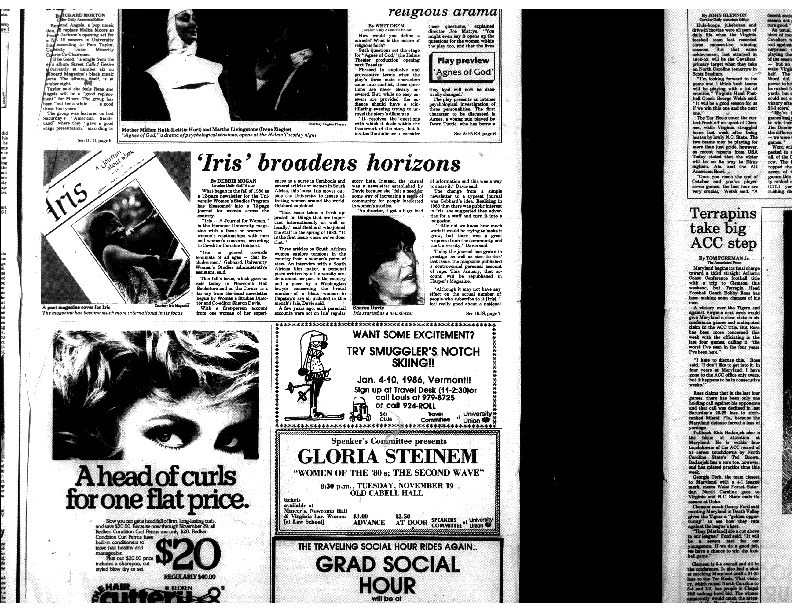 In 1985, the Cavalier Daily remarked upon Iris's recent inclusion of individuals' stories, noting that "A few years ago, such personal accounts were not in Iris' regular story lists." The journal's expansion in scope was attracting attention.

As Iris evolved into a journal for feminist issues, it developed a much wider readership, with issues on sale at the University Bookstore and the Corner. In January 1985, an account of rape published in Iris was republished in Harper's Magazine.

With Iris's expansion in length, scope, and color came a need for more funding. However, in 1988, Iris was denied student funding because, in the eyes of the Appropriations Committee, faculty and staff involvement on the editorial side disqualified it as a true "student organization."

← Beginnings
Towards the Turn of the Millennium →