Lisa Goff, co-founder and lead historian for Take Back the Archive, is on the faculty of the English department and the American Studies Program. She teaches classes in cultural landscapes, public history, the global south, and the history of journalism, and serves as the director of the Institute for Public History. An affiliate of the Center for Cultural Landscapes in the Architecture School she recently received a 3 Cavs award as part of a new cross-school faculty collaboration, "Designing Urban Space for Access and Memory." Her first book, Shantytown, USA: Forgotten Landscapes of the Working Poor, was published in 2016 by Harvard University Press and named a Choice Outstanding Academic Title. 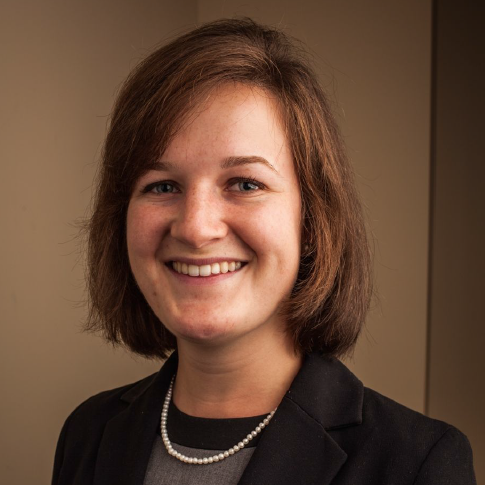 Tierney Vial graduated from the University of Virginia in 2015 with a bachelor's degree in American Studies and English. She collaborated on the archive from fall of 2014 through the summer of 2015. In addition to categorizing and uploading articles, she organized the discussion panel for the screening of The Hunting Ground in 2015 and interviewed, with Niki Afsar, student leaders in campus anti-sexual assault groups about their experiences working with the issues while being students. Tierney is currently teaching English in Vigo, Spain while she applies to law school with hopes to focus on areas of sexual assault as a lawyer. 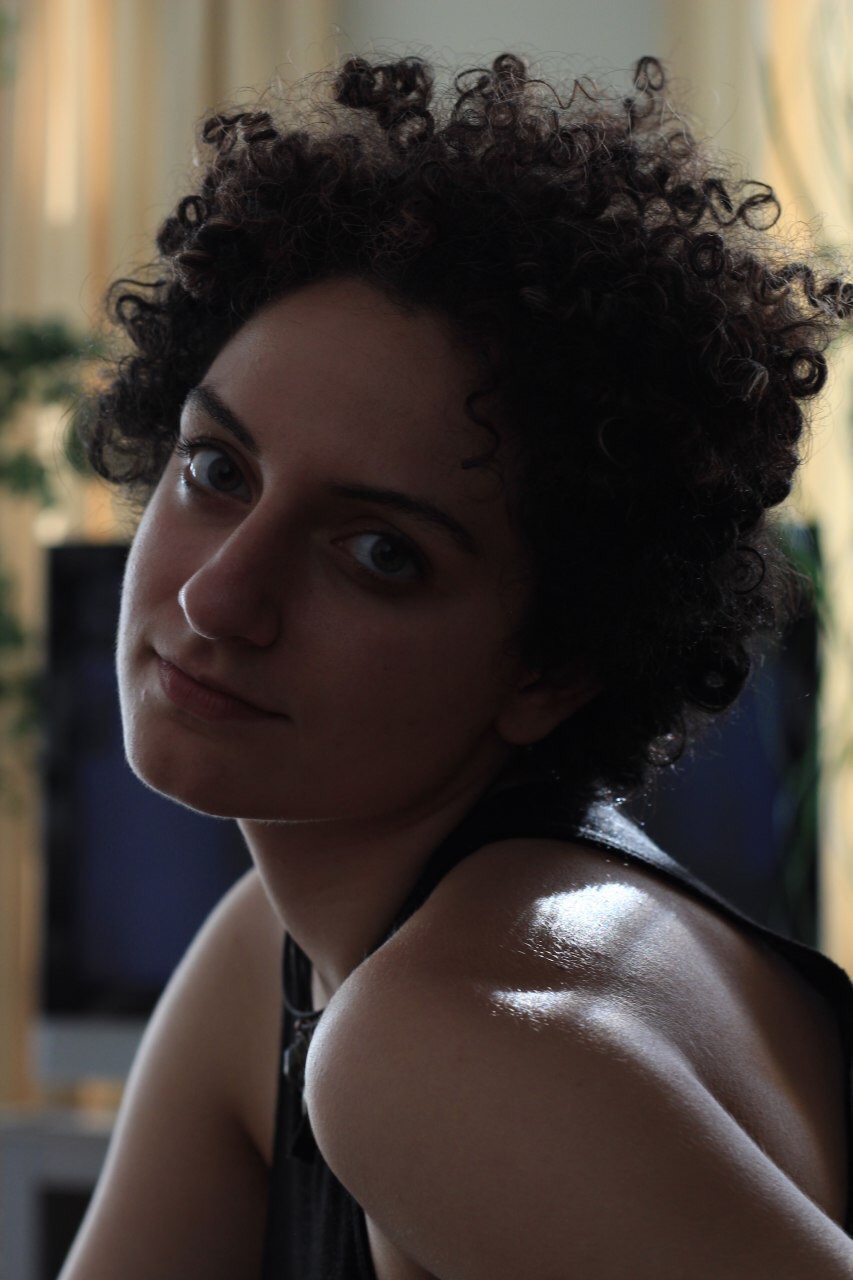 Niki Afsar graduated from the University of Virginia in 2015 with a bachelor's degree in Comparative Literature and Media Studies. Niki contributed to the archive in the spring of 2015 during her last semester as an undergraduate amidst the fallout of the Rolling Stone article on sexual assault at the University of Virginia published in November 2014 (later retracted). She recalls it as a time of self-reflection combined with concrete actions to address rape culture on grounds, including revising the university's inadequate policies for responding to sexual assault. During her time with the archive, she worked with Tierney Vial to create a video series of short interviews with student activists and leaders about their advocacy for survivors of sexual assault, much of which began long before the Rolling Stone article was published. She is currently living in Tehran, Iran for a year, taking Persian language courses, working on some personal writing projects, and volunteering with the Omid Foundation, an organization based in Tehran that supports young women recovering from trauma and abuse. 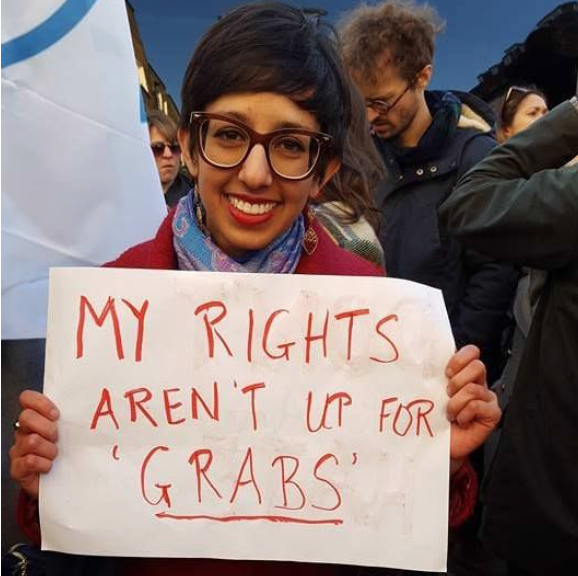 Vanessa Braganza graduated from the University of Virginia in 2016 with a bachelor's degree in English, and earned her M-Phil (with Distinction) from the University of Cambridge in 2017. She began working on the archive in the summer of 2015 as a rising fourth year at the University. As a student writer and editor for the Cavalier Daily, she volunteered to search for student newspaper articles dealing with sexual violence, not realizing at the time either the incredible scope of the project or how it would change her perspective on the history of rape at the University. She became particularly interested in the evolving language used to describe rape and assault. Her research led to an exhibit about the semantic history of sexual violence and the shifts in perceptions and responses it documented. Vanessa worked on the archive for two summers, and returned in the fall of 2016 to help get it ready for a public launch. 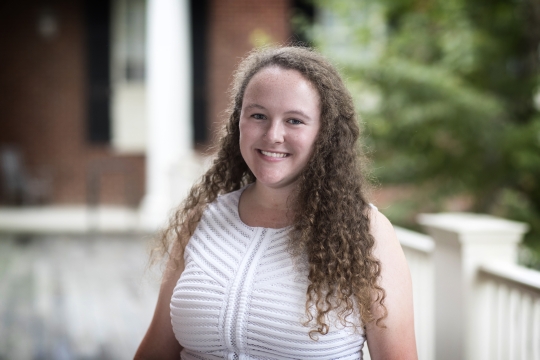 Laura Widener graduated with Highest Distinction from the University of Virginia in 2016 with a bachelor's degree in Women, Gender and Sexuality. She interned for the archive in the summers of 2015 and 2016, during which she researched and uploaded some of the initial documents in the archive; gathered documents from archives at the LGBTQ Center and Women's Center; and sketched a plan for a digital exhibit that features posters from University events about sexual violence. While attending UVa, Laura also held internships at the LGBTQ Center and Women's Center; served as the Outreach Chair for the prevention advocacy group One Less; and was an active member of the Green Dot Support and Logistics Committee. She is the 2014 recipient of the V. Shamim Sisson Ally of the Year Award through the LGBTQ alumni network, the Serpentine Society, and won the 2016 Elizabeth Cady Stanton Undergraduate Essay Award for her thesis entitled " 'Women Over Tradition': The Interaction Between Invented Pasts and Rape Culture at the University of Virginia," which was inspired by Take Back the Archive. Laura is currently working as a College Adviser at Charlottesville High School through Virginia College Advising Corps. 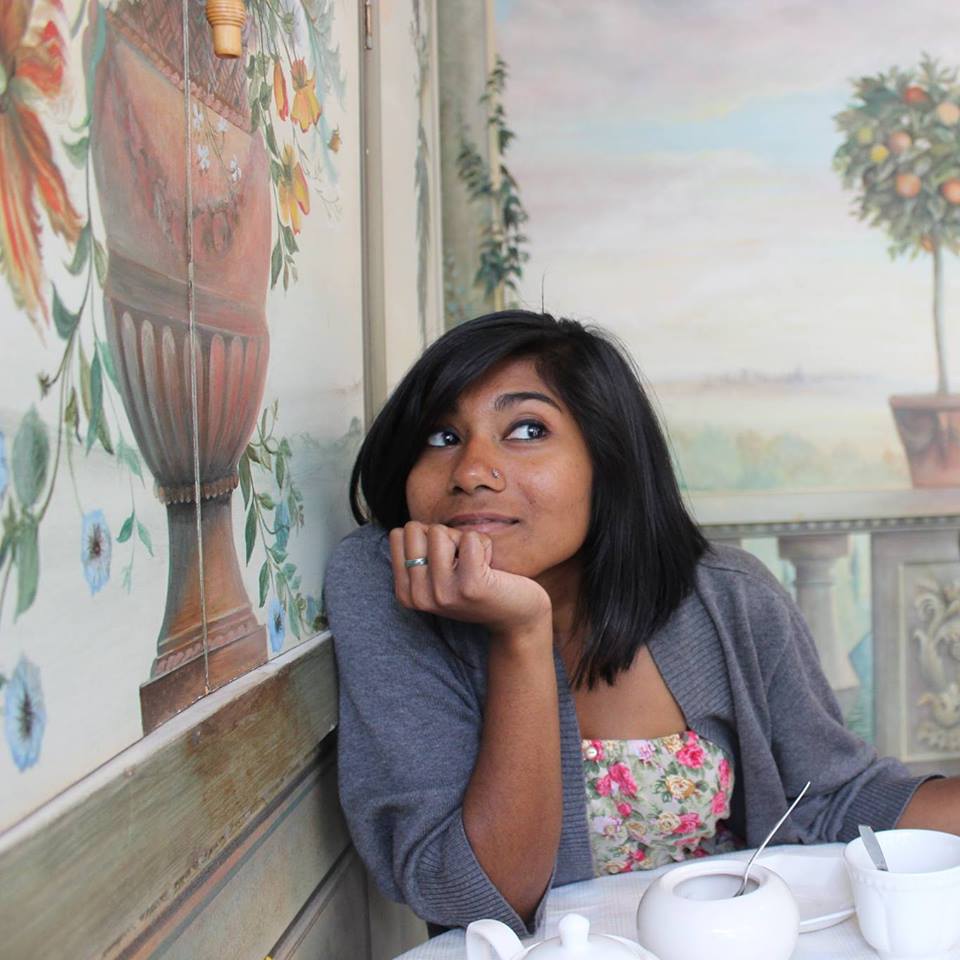 Monika "Pinky" Hossain graduated from the University of Virginia in 2017 with a bachelor's degree in English. She worked on the archive in the summer of 2016, during which she created a timeline for the archive and researched the intersection between race and sexual assault. She also began digitizing the large collection of Iris magazines published at the during the late twentieth century. While at the University, Pinky was involved with Take Back the Night, serving as the open-mic committee chair. She is currently working as a tutor and teacher. 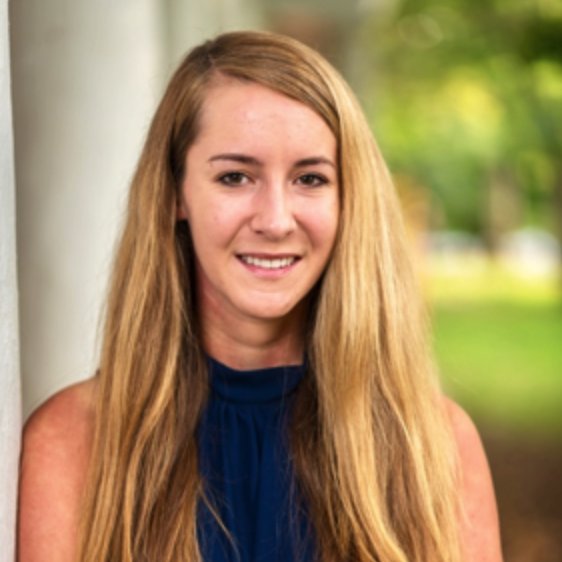 Rachel Newman is a second year graduate student pursuing a Master's in English Literature at the University of Virginia. She worked on the archive from 2016 to 2017, producing an historical timeline of the University's administrative responses to incidents of sexual assault, and a compilation of research about sexual violence conducted by UVa faculty and graduate students from various departments. Since working for the archive, Rachel has worked on the Jefferson's University - Early Life Project, where she did research in official University documents on the history of enslaved and free women of color at the University in the nineteenth century. She says that working with the archive gave her a renewed and informed perspective on what it means now - and what it has meant historically - to be a woman on Grounds, or at any institution of higher learning; and what the long and troubled history of sexual violence on Grounds will mean for future students and their relationship with the university administration. 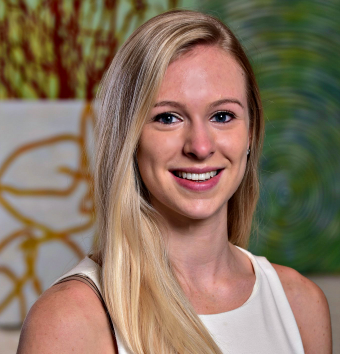 Emily Lesmes graduated from the University of Virginia in 2017 with a bachelor's degree in America Studies, completing a self-designed concentration in consumer culture. Emily's fascination with storytelling and how stories are told drove her to be part of Take Back the Archive during her fourth year at the University. She digitized many documents, helping the archive expand its reach, and also worked on the digital design of the archive. She did early work on restyling the collections to better frame the personal stories found within the archive. She is currently working in finance as a Global Foreign Exchange Sales Analyst. 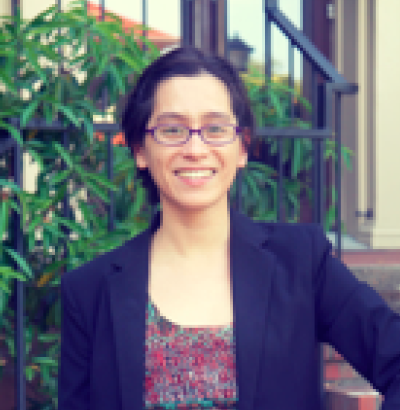 Melanie Monteclaro Pace is a Ph.D. student in American Religions at the University of Virginia. She studies religion, gender, and sexual violence. Since obtaining her Master of Social Work degree from the University of North Carolina at Charlotte in 2011, Melanie has volunteered as a rape crisis counselor; worked as staff at San Francisco Women Against Rape, one of the oldest anti-sexual assault organizations in the United States; and helped expand confidential resources for student survivors at Stanford University. Melanie compiled a massive mini-archive of administrative responses to reports of sexual violence at the University, concentrated in the twentieth and twenty-first centuries but stretching back to its founding in the early nineteenth century. 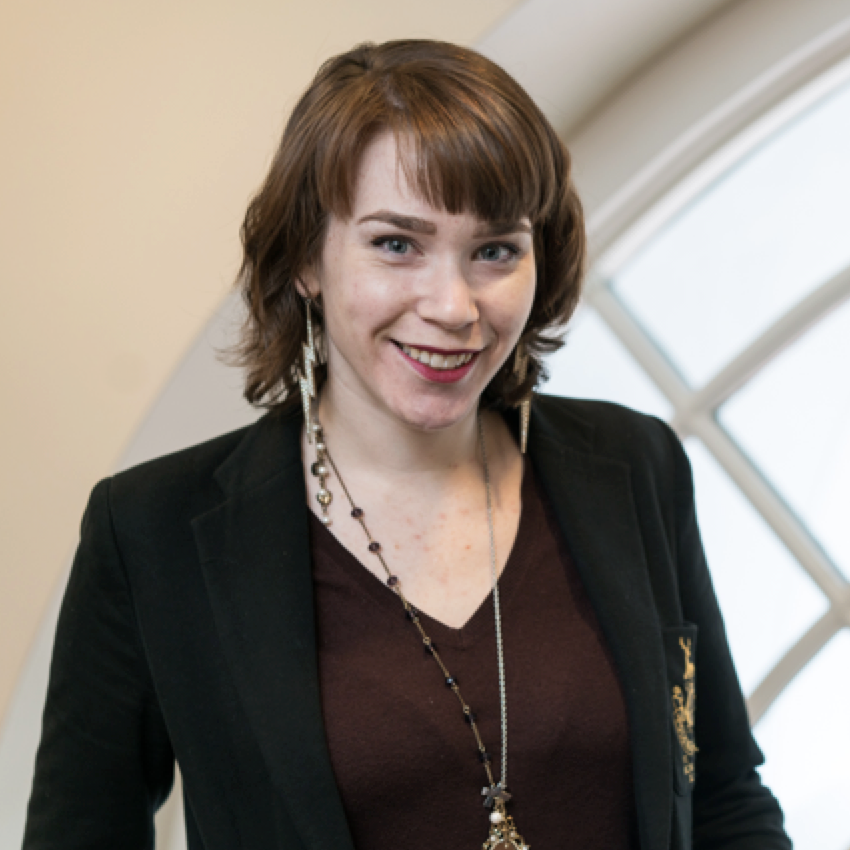 Katherine Donnally is a 2017-2018 student intern in the Scholars' Lab, working as a Social Justice Developer. She is currently redesigning Take Back the Archive on both the front and back end with an aesthetic focus on public usership at a time of heightened political awareness. Additionally, she is using the project as a case study for research on ethical design choices that respect the lives behind social justice causes without sacrificing visual interest. 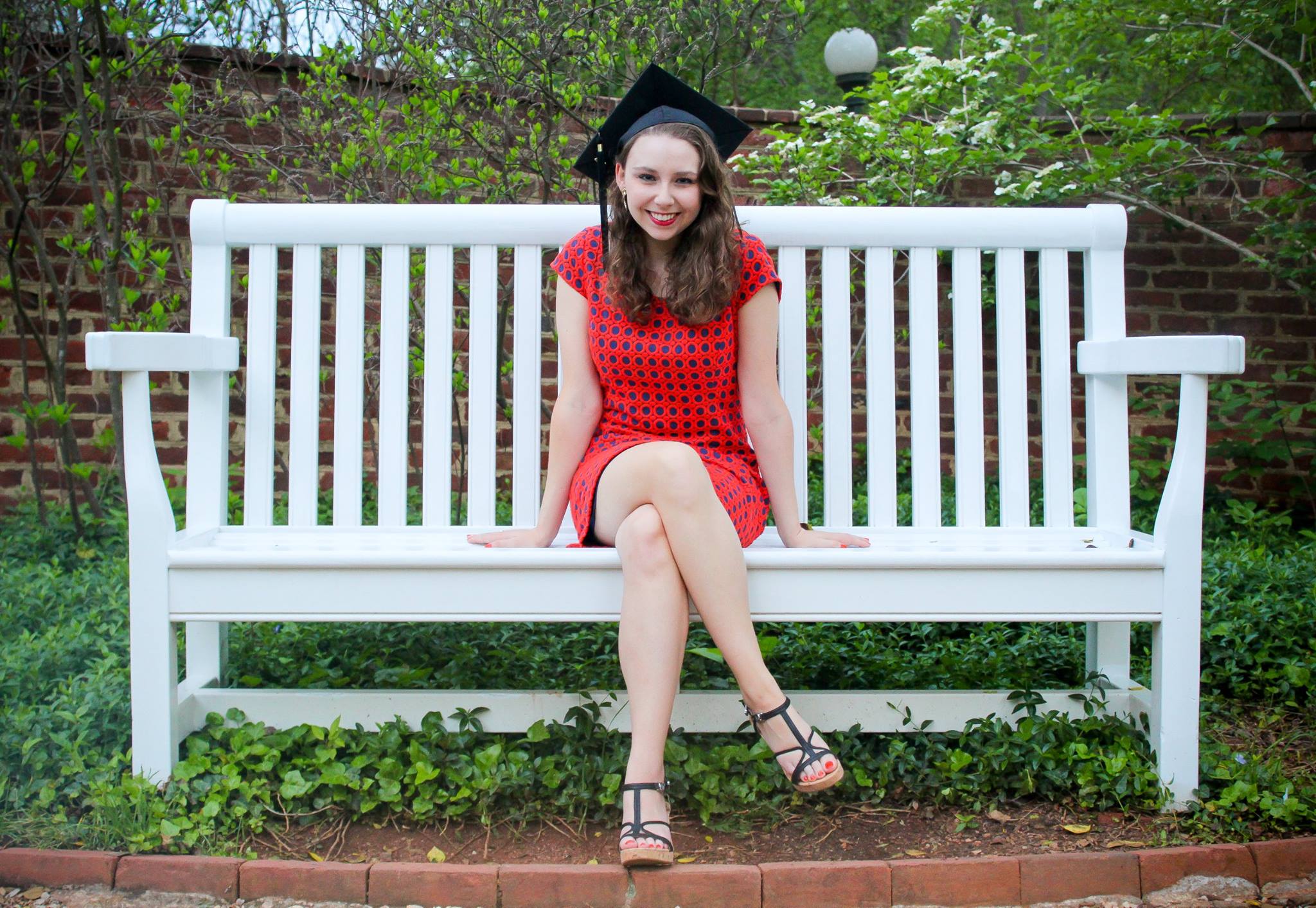 Victoria Tovig graduated with Distinction from the University of Virginia in 2017 with bachelor's degrees in English and Media Studies and a minor in Spanish. She began contributing to the archive in fall of 2017, focusing on digitizing the covers and contents of twentieth-century issues of the University's women's magazine, Iris. Victoria is currently pursuing a Master of Arts in English from the University of Virginia, where she also serves as a research assistant for Professor Lisa Goff, co-founder of the archive, and works as an archival processor for the University's Special Collections Library. Emily Mellen is a PhD student in Music at the University of Virginia. She was a 2018-19 Praxis Fellow in UVA's Scholars' Lab and is interested in ideas around ethical and postcolonial digital archival practice, particularly in the context of sound archives. She worked for the archive in the summer of 2019, working to update the digital infrastructure and facilitate use of the archive materials. She also developed the visualization of Take Back's collection of Scholarship on Sexual Violence at UVA.